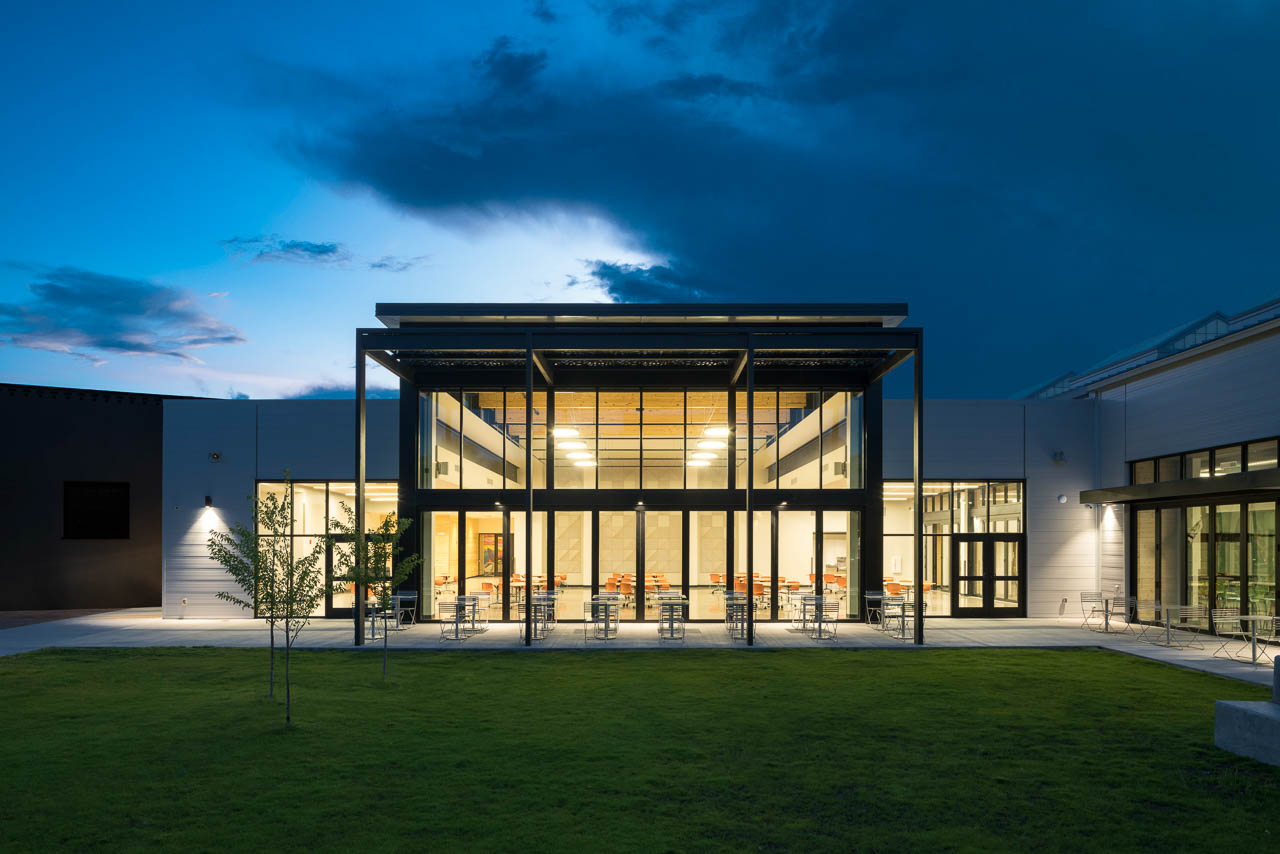 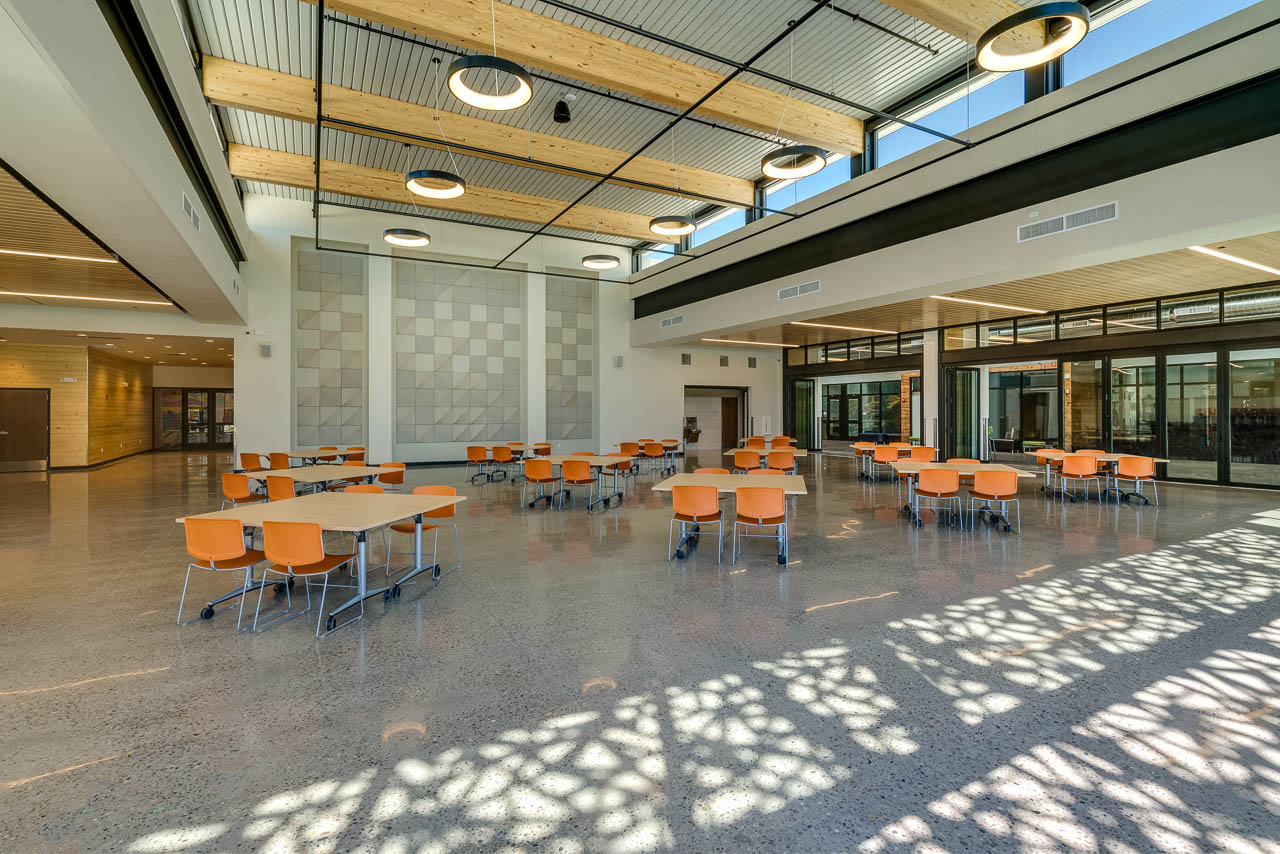 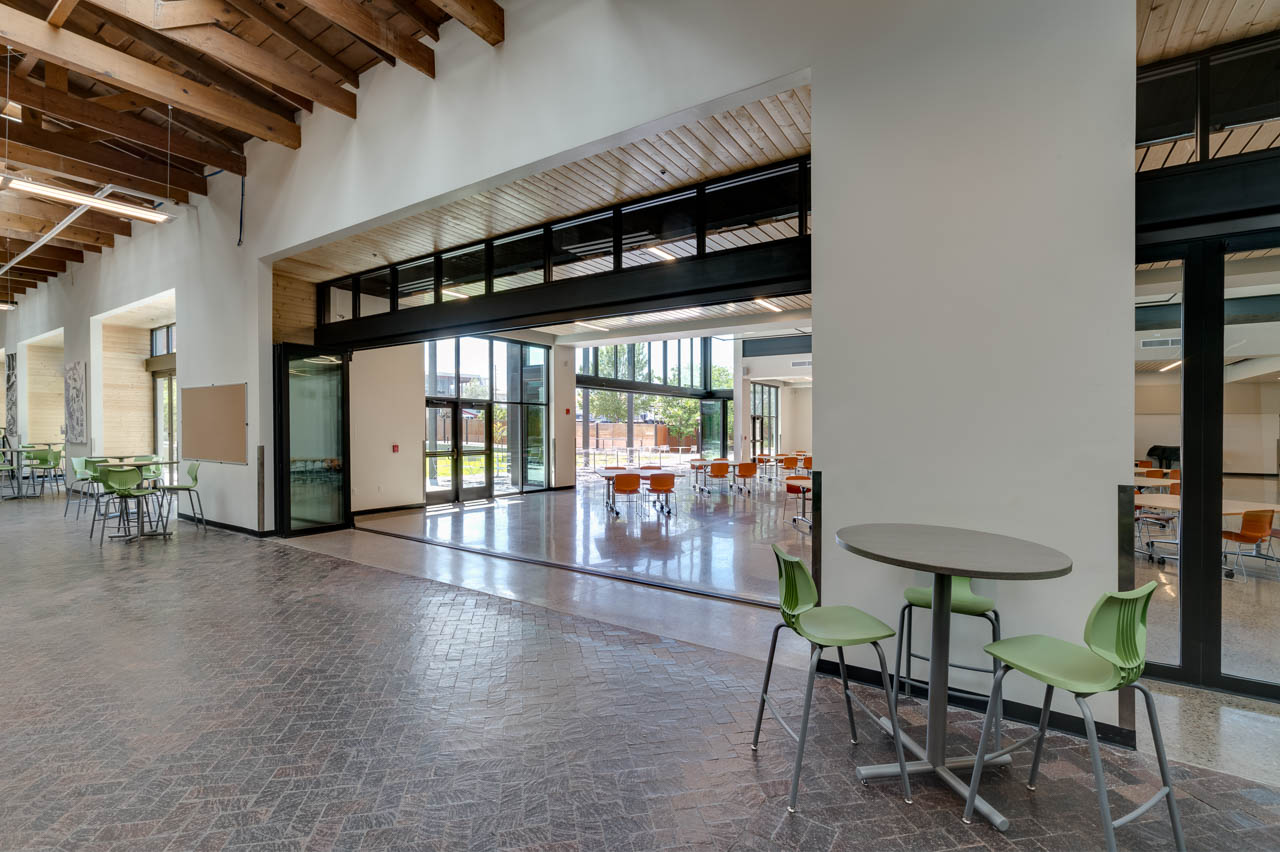 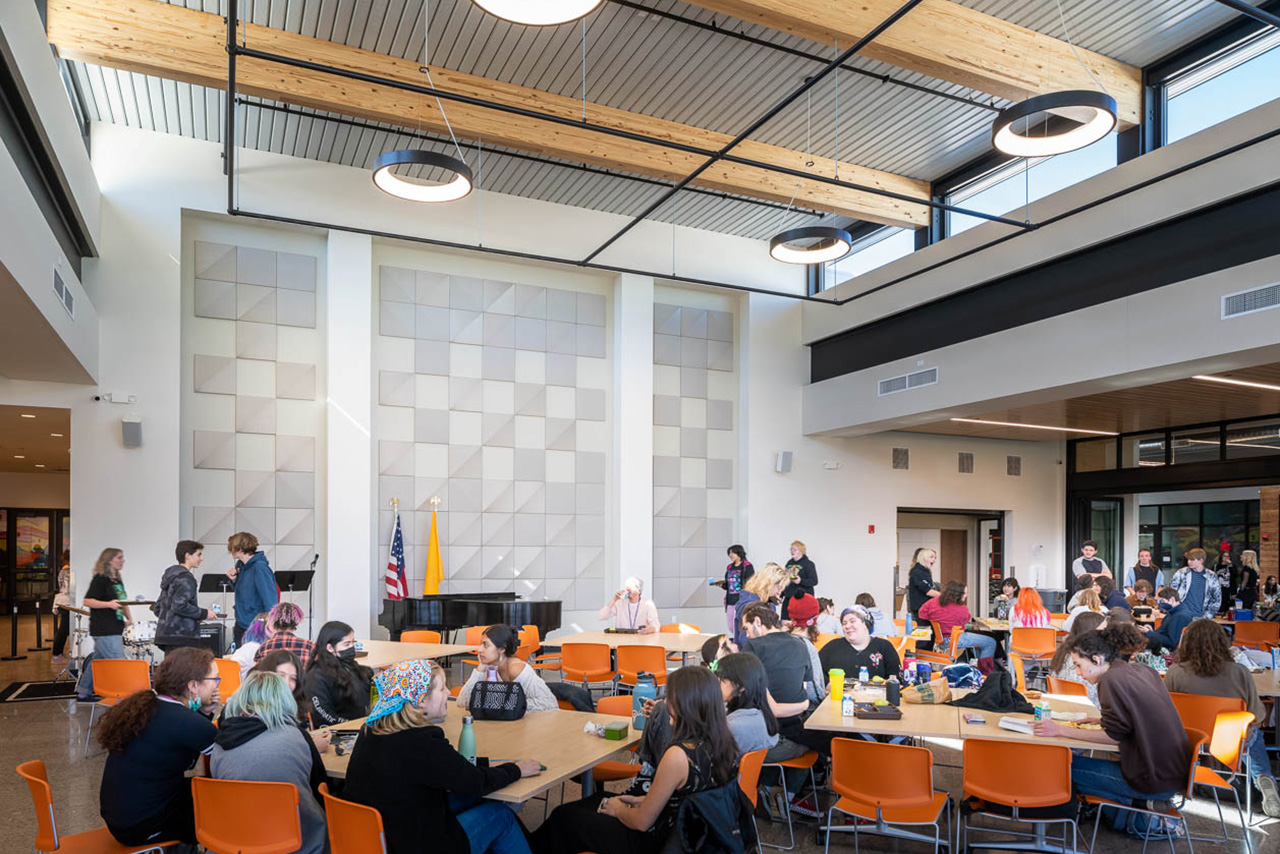 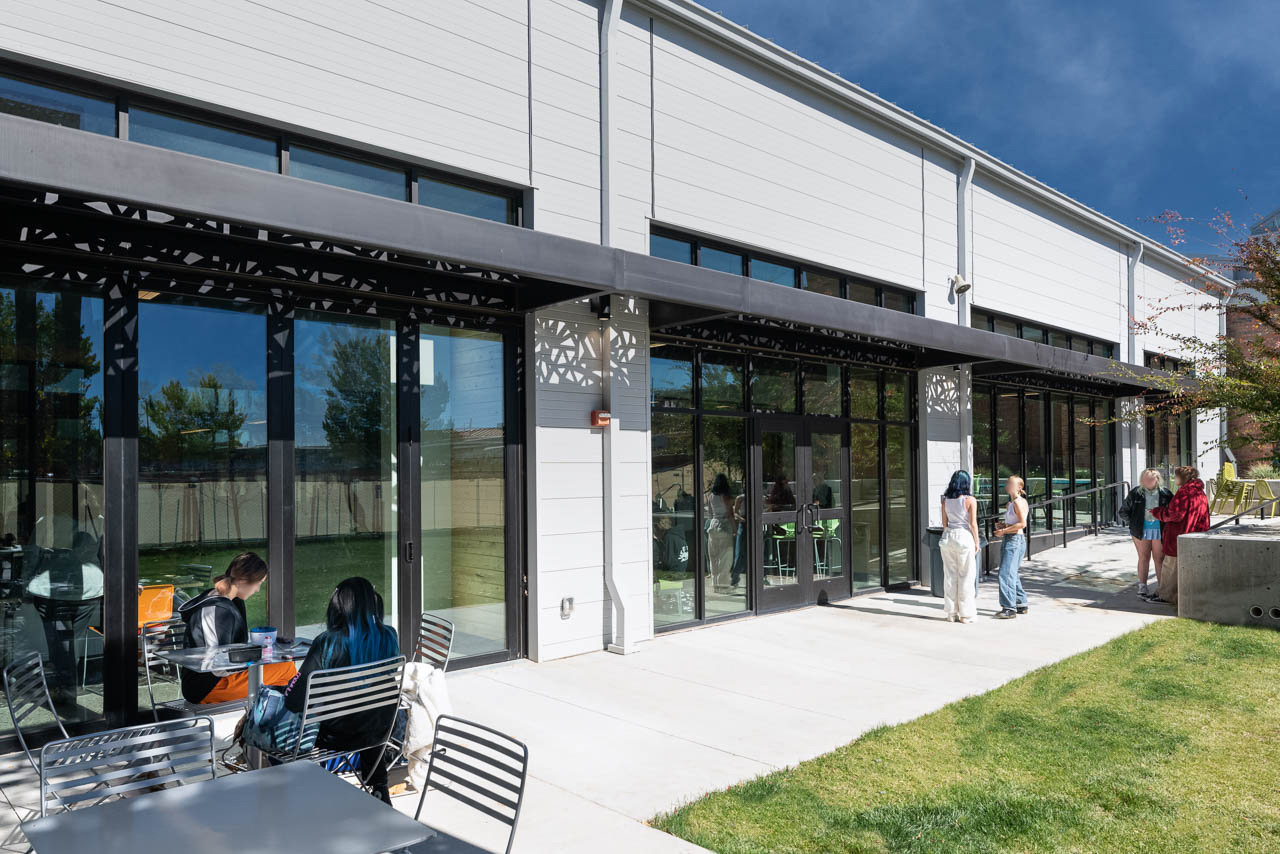 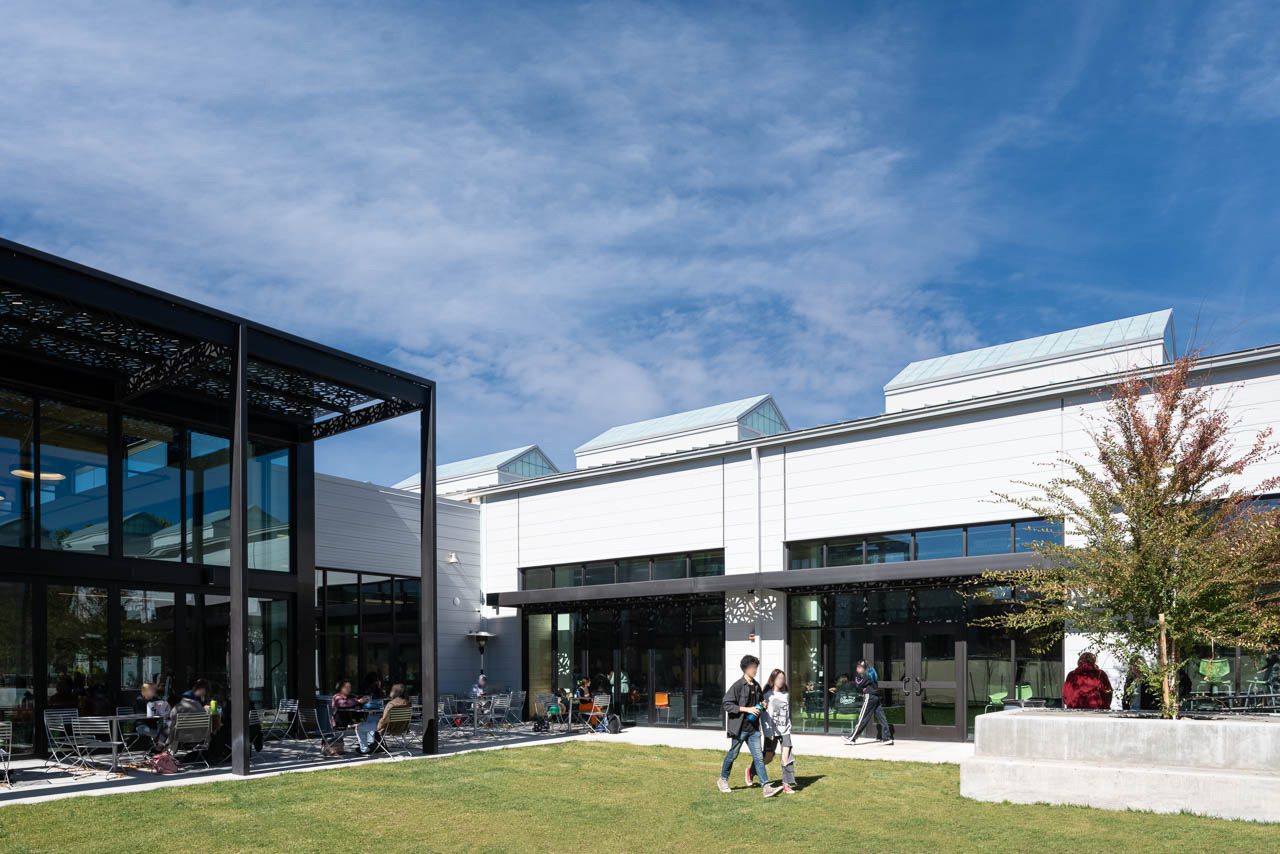 The New Mexico School for the Arts is a four-year statewide public high school with a pre-professional arts and academic program. Five major arts disciplines of dance, theatre, writing, music and visual arts are taught by master teachers and professional artists. The school is on the site of the historic Sanbusco Market Center near the Railyard District in downtown Santa Fe.

SMPC was commissioned to design the Cafeteria (Phase 2A) and the Dormitory building (Phase 2B) following the completion of an initial design and construction effort by another design team to renovate a portion of the site for academic and administration functions.  The Cafeteria renovation and addition presented a complicated remodel project for an active school. The existing school layout snaked around the building with erratic corridors and no central hub for students.

SMPC worked with NMSA to develop a design for the cafeteria that re-imagined the concept of the original master plan to minimize reconfiguring of the 2016 work, while creating a social gathering space that incorporates a central courtyard. The courtyard will bring access to the exterior from the cafeteria, the sounding corridors and the central spine dubbed “the Paseo.” The design anticipates the addition of the dormitory will complete the enclosure of the courtyard on all four sides.

SMPC worked closely with NMSA stakeholders, the owner’s rep/project manager, and Klinger Constructors to devise a plan for construction that would minimize impact to the functioning of the school, and mitigate cost escalations. The cafeteria is the first part of the two phase expansion. It was completed in the Summer of 2022.